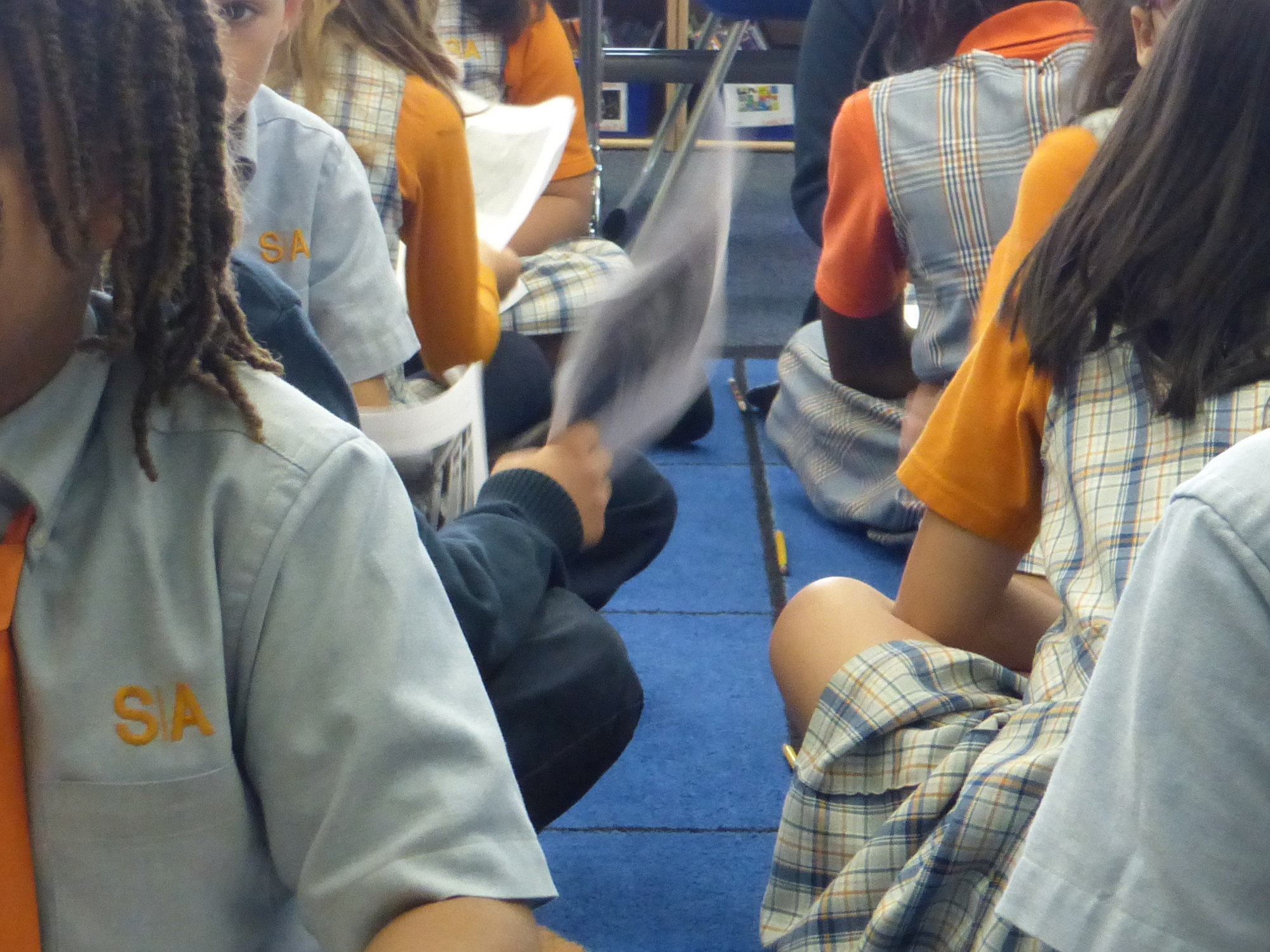 Charter schools are tuition-free schools that operate independently of the city’s Department of Education and are supported by tax levies. There are more than 200 charter schools in New York City, serving 114,000 pupils, or nearly 10 percent of the city’s school population. Here is the complete list.

Our favorite charter schools, based on our visits, are listed here. We also have a list of noteworthy charters. Some of these are new and promising; others work well for some children but may not be right for everyone.

Admission is by lottery held in April. You may apply online, through the Common Application on the Charter School Center website, or directly to the school that interests you. If you arrive in the city after the lottery has been held, your child may be placed on a waitlist. Some charters admit children in the upper grades; some do not.

Charters are exempt from certain rules and regulations of the DOE, and only a few have unionized teachers. Some have very high rates of teacher turnover. The school day and school year tend to be longer—a boon both to working parents and to children who need more time to learn. Large nonprofit networks operate many of New York’s charter schools; in some cases, a small community organization may operate just one charter—we call these “mom and pops.”

The quality of the charters ranges from excellent to mediocre. There are super-traditional charters with discipline codes so strict that children are sent home if their shirts are untucked, and super-progressive charters where kids call teachers by their first names and create their own projects.

KIPP NYC is one of the city’s first charter organizations, opened in 1995 (even before the state law that codified charters). It operates five elementary schools in the Bronx, Manhattan, and Brooklyn, as well as five middle schools and one high school in New York City. KIPP has strict rules about discipline in its elementary schools. We’ve been impressed by the quality of instruction and the approach to reading and math on our visits to the middle schools, which seem more relaxed than the elementary schools. See KIPPnyc.org for details on how to apply.

Success Academies, founded by former city councilwoman Eva Moskowitz, is the largest and most controversial charter network, with more than 40 schools covering every borough except Staten Island. Success students, dubbed “scholars,” wear orange-and-blue uniforms. The schools offer daily science instruction, as well as technology, art and movement lessons. For the network’s defenders, Success's stratospheric test scores are a sign of high-quality teaching and hard-working students; to its detractors they are the results of incessant test prep and a culture that systematically weeds out laggards. For application information, see successacademies.org.

The Democracy Prep Public Schools network runs 12 schools and one program in Harlem and the Bronx. All schools are structured and challenging. Students are called “citizen scholars,” and the schools emphasize civic engagement and college readiness. Children are in school for eight hours a day. They study Korean, participate in speech and debate, and may travel (previous trips have included Washington, D.C., and South Korea). Priority in admissions goes to Districts 4, 5 and 9 depending on school location. See the Democracy Prep website for application information.

Uncommon Schools operates more than 20 schools in Brooklyn, mostly in Bedford-Stuyvesant and Brownsville. The network, which serves children k–12, includes an all-boys school and an all-girls school. These intense, academically demanding schools have a traditional approach to academics and strict discipline, even at lunchtime. The school day and school year are longer than at district schools. The schools’ test scores are well above average for the city. Get more application information at uncommonschools.org.

Achievement First operates 14 schools in Brooklyn, mostly in Crown Heights, Brownsville and East New York. Some parents appreciate the sense of order and back-to-basics curriculum, but others complain that the network’s “no excuses” discipline is too strict. Teaching techniques are very traditional, but staff try to keep things upbeat with motivational chants and exercise between lessons. One of our favorites: Achievement First Bushwick Charter Middle School. For application information, see the Achievement First website.

Ascend Charter Schools, launched in 2008, operates nine schools in Brooklyn. It originally used a “no excuses” approach, but teachers discovered that strict discipline and scripted lessons did not prepare children well for the independent work required in college. The network now strives to teach “empathy, collaborative problem-solving, and self-control,” Ascend CEO Steven F. Wilson wrote in the Hechinger Report. “We don’t counsel out challenging students, we fill all vacated seats through grade 9, and we proudly serve students with special needs and limited English proficiency.” As an example of the curriculum, Wilson wrote: “Fifth-graders study the timeless myth of Icarus and Daedalus, examine in the school’s gallery Brueghel’s exquisite painting of Icarus’s fall into the sea, and undertake a close reading of Auden’s famous 1938 poem, “Musée des Beaux Arts,” which was inspired by Brueghel’s painting.” Admission is by lottery. Get more applicaton information at ascendlearning.org.

Icahn Charter Schools offer small classes, a longer school day, and lessons in history, geography and science starting in the youngest grades. The seven schools, all in the Bronx, are supported by billionaire financier Carl Icahn. The days are long and the school year runs to mid-July. Children with low skills spend 45 minutes every day in small groups outside of class and must spend Saturday mornings at the school. Teachers follow the work of educator E.D. Hirsch, who wrote books outlining a base of “core knowledge” he believes every well-educated person needs to know. A recent theme was about the impact of human activity on the environment, followed by a trip to the Bronx Zoo. Students significantly outperform the neighborhood schools on state tests.

Harlem Children’s Zone, founded by Geoffrey Canada, has two k-12 schools. Families may enter the "zone" when their children are toddlers.

Public Preparatory Charter Schools include an elementary and middle school in Manhattan and an elementary school in the Bronx. Founded in 2005 as the first all-girls charter school in New York City, Girls Prep cultivates the attitude that girls can do anything. It offers back-to-basics lessons, uniforms and a color-coded system for behavior. A fourth school, Boys Prep, opened in 2014.

Bronx: Bronx Charter School of the Arts has a healthy mix of academics and the arts. Heketi, meaning “one” in Taino (the language of the indigenous people of the Caribbean), is a loving school with a strong sense of unity. Teachers seek to instill pride in South Bronx children and to offer them social and emotional support along with hands-on lessons and projects. Mott Haven Academy Charter is a haven for some of the neediest South Bronx children. One-third live in foster care; another third are in temporary housing or at risk of being removed from their homes. All benefit from on-site social services and teachers who encourage them to talk about feelings and to work through conflicts.

Brooklyn: Community Roots unabashedly embraces progressive learning with lots of trips and hands-on projects. Brooklyn Prospect Charter offers a close-knit community and a demanding International Baccalaureate (IB) program. Hebrew Language Charter School, the only school in the city to offer instruction in Hebrew, has attracted children of many different faiths and nationalities. Hellenic Classical Charter School, a well-organized k-8 school in Park Slope, offers instruction in Greek language and an introduction to Greek culture. We liked it even for children not of Greek heritage.

Manhattan: DREAM Charter School in East Harlem has sleek new facilities and free after-school and summer programs. The Equity Project, a middle school in Washington Heights, has a nice mix of progressive and traditional teaching techniques. The school offers very good salaries for teachers and has attracted staff from across the country. Academics start early and the day is long at Neighborhood Charter in Harlem. Kindergartners spend time in a spacious "learning lab" with blocks, standing easels and puppets. First-graders learn to type, and 4th-graders read 10 novels, in depth, as a class, in addition to books they choose. The school welcomes children with autism and other special needs.

Queens: At Our World Neighborhood Charter, a diverse, k–8 charter in Astoria, children speak many different languages. Teachers balance a structured curriculum and traditional academics with the arts and hands-on projects. Parents praise Growing up Green, a k‒8 school in Long Island City, for its focus on the environment and gardening. "This is a great school for children who love animals," said one. The Renaissance Charter School in Jackson Heights is a progressive k‒12 school that does a good job accommodating students with a wide range of disabilities. Central Queens Academy Charteris designed to teach English to new immigrants and to prepare them for demanding high schools.

Staten Island: There are very few charter schools on Staten Island; most families choose to send children to their neighborhood school. 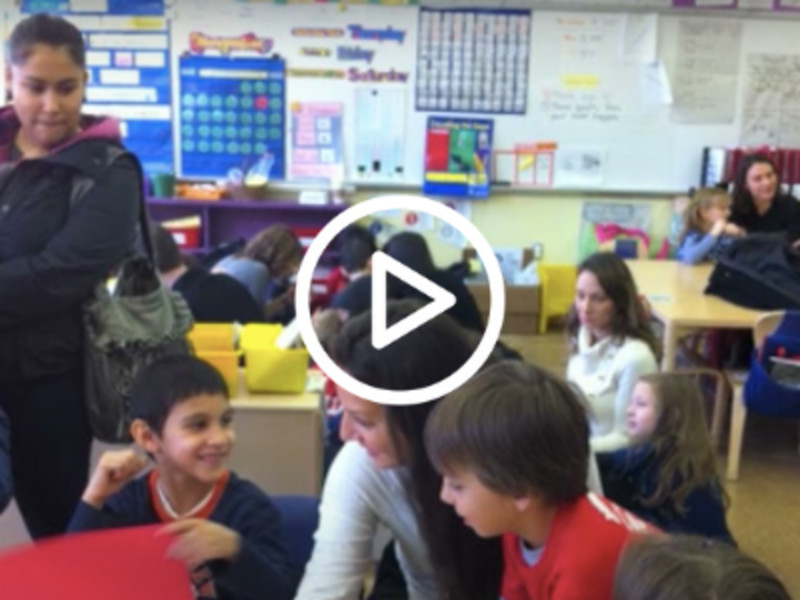 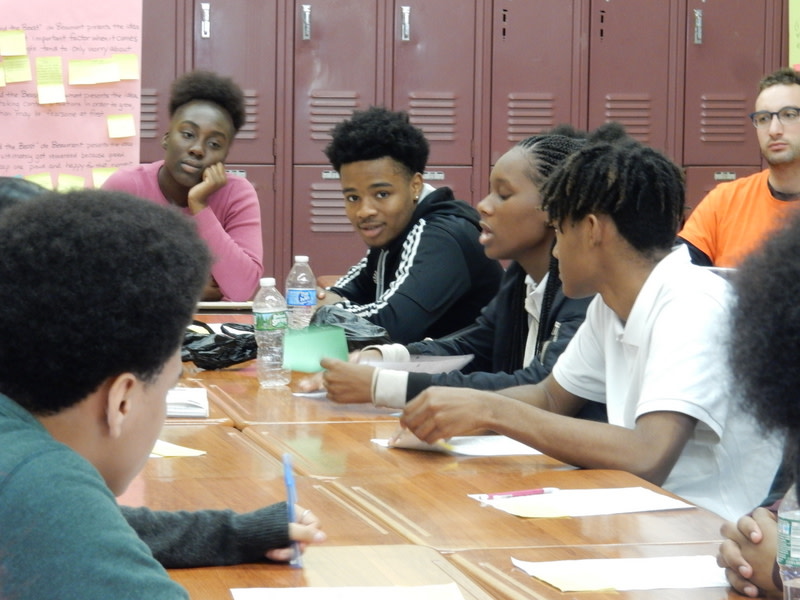 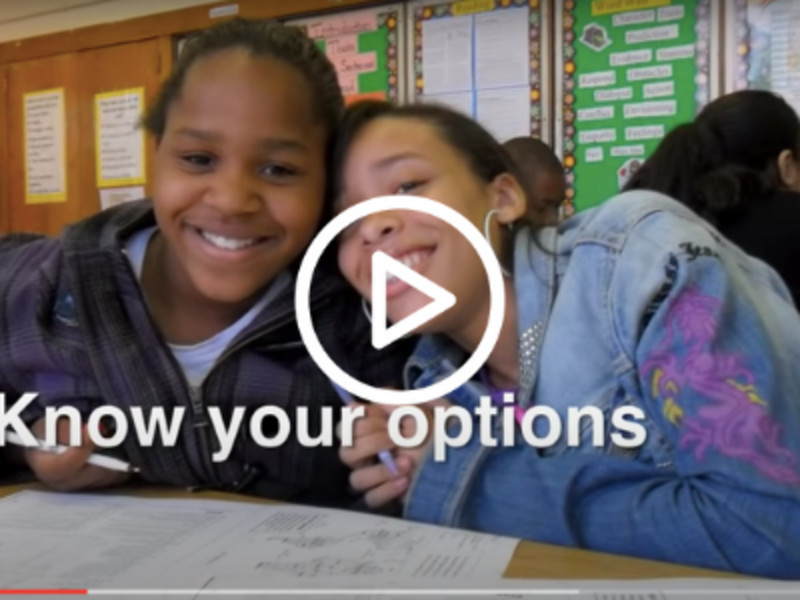 Middle School: How to Apply 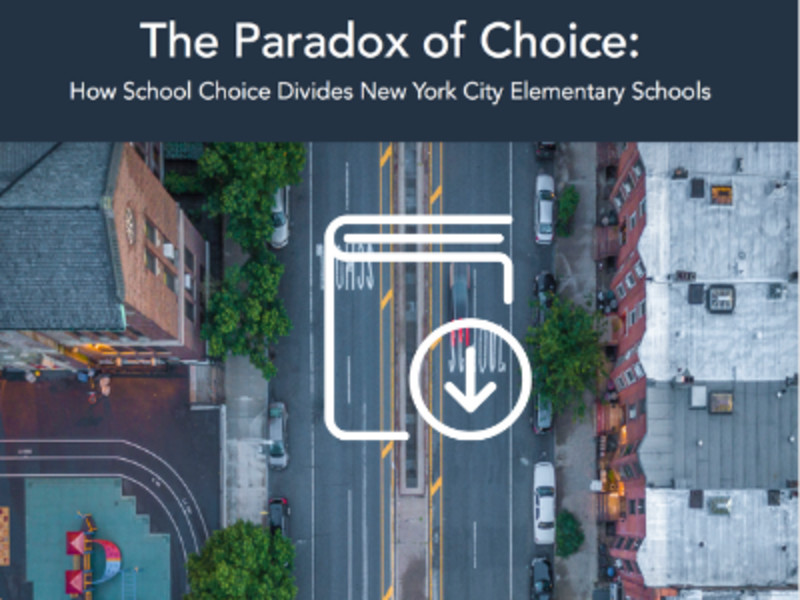